Not So Easy A

Not So Easy A[1] is the third episode of the first season of the Freeform drama Famous in Love. It aired on May 2, 2017.

Having promised her parents that she would be able to balance school and the film’s schedule, Paige quickly learns that it is easier said than done. While trying to work on a crucial school paper, she keeps getting sidetracked with wardrobe fittings, photo shoots and screen tests. Leaning on Jake and Cassie for help, Paige quickly learns she may be in over her head. Meanwhile, Nina must make cuts to the movie budget, and Jake meets with an agent about his script.[1] 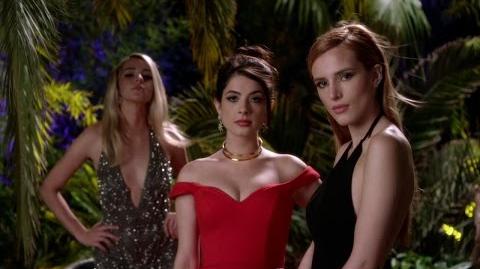