Keith Tyree Powers in an actor and a model. He portrays Jordan Wilder on Famous in Love.

Born and raised in Sacramento, California, Keith was discovered by the JE Model agency in San Francisco, California, when he was nine years old. A talented wide receiver, Keith was in talks with prestigious college football programs, but when he decided not to pursue his first passion, went on to sign with the prestigious modeling agency, Wilhelmina, after high school. He has since been featured in GQ fashion editorials, shot campaigns for Guess, Sketchers, Target, Sears, and walked the runway at Calvin Klein at Milan Fashion Week [1]. But he has decided he would rather mainly focus on his acting career.

Keith started his acting career off on a high note when he booked the lead role in the Warner Bros.' comedy House Party: Tonight's the Night. Building on his momentum, he will soon star as Dr. Dre's younger brother, Tyree Crayton, in the highly anticipated upcoming Legendary Pictures biographical drama, Straight Outta Compton. Following the meteoric rise and fall of N.W.A., the film tells the astonishing story of how these young men revolutionized music and pop culture forever the moment they told the world the truth about life in the hood and ignited a cultural war. The film was directed by F. Gary Gray, and slated for a highly-anticipated theatrical release on August 14, 2015. 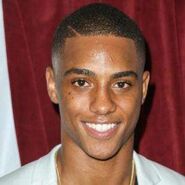 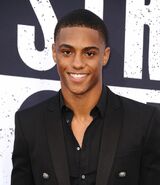