Guess Who's (Not) Coming to Sundance?

Guess Who's (Not) Coming to Sundance? is the seventh episode of the second season of the Freeform drama, Famous in Love. It is directed by Troian Bellisario and written by Bryan M. Holdman. It aired on May 9th, 2018.

Paige and Jake continue to feel further apart as Jake and Billy head to a film festival, while Paige stays in LA for a big interview and cover photo shoot. Meanwhile, Jordan has to deal with the fallout from his recent revelation and Nina takes part in a bidding war for a highly-wanted film script.

Paige and Jake get into a huge fight. Paige returns to LA and sleeps with her high school boyfriend. 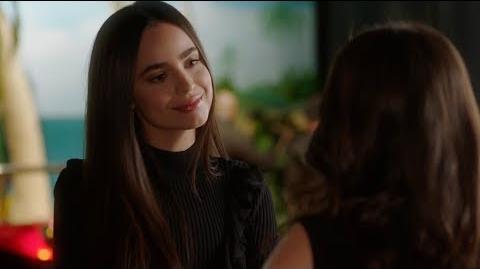